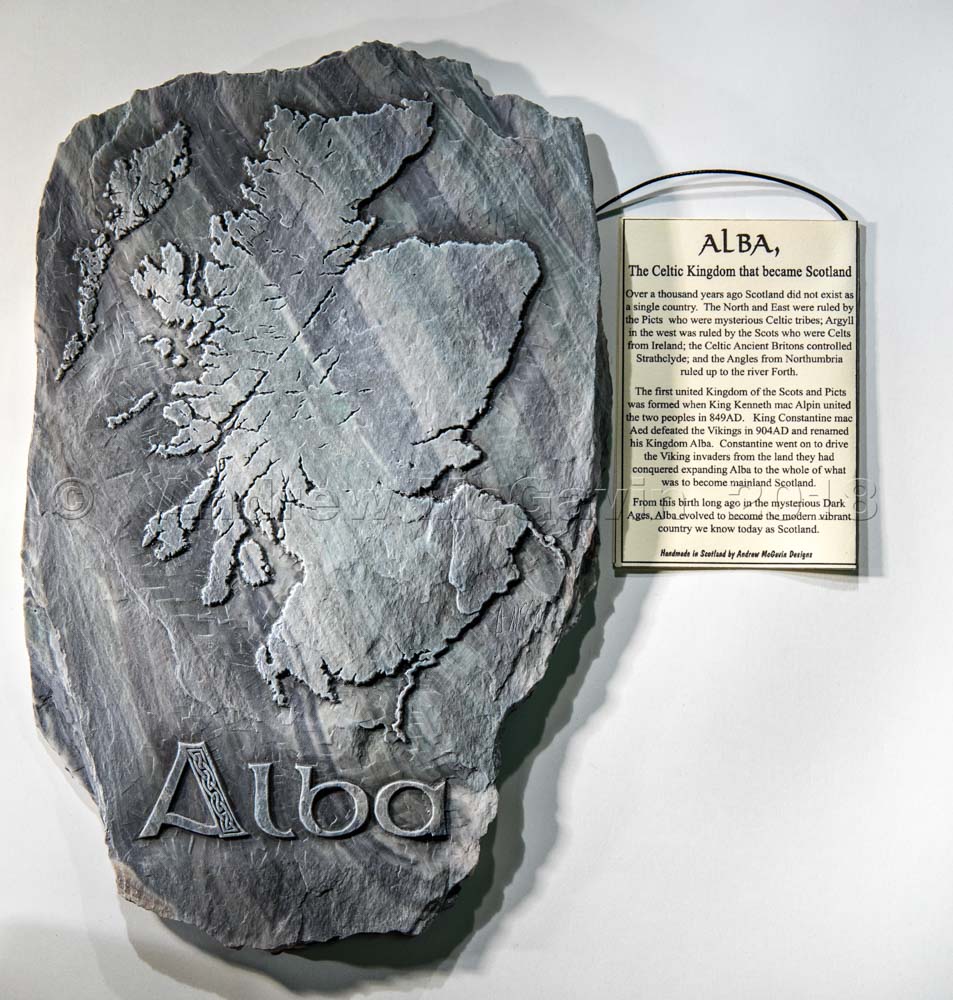 Alba, the Celtic Kingdom that became Scotland. Over a thousand years ago Scotland did not exist as a single country. The first united Kingdom of the Scots and Picts was formed when King Kenneth mac Alpin united the two peoples in 849AD to form the fledgling Alba. From this birth long ago in the mysterious Dark Ages, Alba evolved to become the modern vibrant country we know today as Scotland.